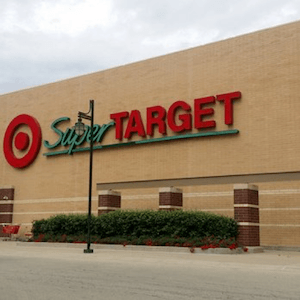 106 Incident Reports in 3 Years – at One Target Store

Target has 1797 stores and 37 distribution centers in the USA. It has more than 360,000 employees. These stores are managed at the Target Corporate headquarters in Minneapolis, Minnesota. Target is the second largest discount retail chain behind Wal-Mart.

In a recent personal injury case filed against Target in South Florida, Target was forced to provide incident reports. Specifically, Target produced Guest Incident Reports for a three year period of time at one particular store but only after a Circuit Court Judge required Target to produce the reports.

Attorneys representing Target objected to the request and argued in court against it. Even after the reports were produced, Target attempted to keep the incident reports out of trial. Our Miami Target accident attorneys obtained copies of these Guest Incident Reports and the results are concerning.

It is important to first understand that Target fought in court to restrict the number of reports they were required to produce. As a result, Target was able to limit the incident reports to those involving liquid on the floor where the guest or customer:

Most interestingly, Target did not have to produce reports involving:

So what did this one Target reveal? It produced 106 Guest Incident Reports over a three year period of time at only one Target store. Our attorneys have copies of these reports.

Our review shows the liquid substances listed in those 106 Guest Incident Reports included:

It was also revealed in testimony that each Target Store is graded on safety scores and those scores affect the compensation of employees. So compensation is tied into the Guest Incident Reports which inherently raises questions about the actual accuracy of the reporting that Target actually produced in this case.

If we only look at the reports produced for one Target store we find a little over 35 incidents reported per year. Remember this does not include employees who fell; guests who fell but did not report an injury; guests who fell but refused to make reports; and unwitnessed or undocumented falls.

If we assume an average of 35 incidents per store but multiply that over all the Target stores in the US, we are looking at over 62,000 Guest Incident Reports per year. You should keep that in mind the next time you shop at a Target or Super Target store in Miami.

If you or a loved one were injured at a Target store in Miami, call our Target injury and accident attorneys. We can use our research to help you prove your case and get the financial compensation you deserve. Our Miami personal injury lawyers will investigate every aspect of your case utilizing the necessary experts needed to present a convincing case on your behalf.

If Target fails to make a fair and reasonable settlement offer for your Target store injury, then with your approval, our lawyers will file a lawsuit on your behalf. Our approach is to press the defendant and its insurance company to attend a mediation, a settlement conference, or proceed to trial. Our goal is to resolve your case as fairly and as quickly as possible. You deserve answers and justice. Call the Miami personal injury lawyers at the Wolfson Law Firm right now at (305) 285-1115 and let us present you with the options that are available to you and your family.