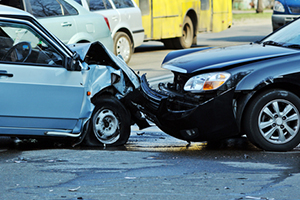 North Miami Beach has many highly travelled roads in the city. Biscayne Boulevard, Collins Avenue, 1-95, and State Road 826 see a fair amount of traffic each day. On average, the city sees the highest number of car accidents between the months of November and March, possibly due to increased tourism during the winter months. Accidents in North Miami Beach typically happen in the evenings as people are driving home from work.

People who are injured in car accidents may suffer from minor injuries, such as scrapes, cuts, bruises. More serious injuries to the head and neck, broken bones, or internal organ damage, often require extensive medical treatment and an extended recovery time. In some cases, life-altering injuries, such as the loss of mobility, disfigurement, or brain injuries require long-term care and assistance. Victims of serious car accidents are often hit with high bills for medical treatment, surgery, and physical rehabilitation. Coupled with an inability to work, this can be financially devastating for a family. If you were injured in a car accident that was not your fault, contact the North Miami Beach automobile accident attorneys at the Wolfson Law Firm. Our personal injury attorneys can review your case and answer your questions. They will defend your rights against insurance companies and their legal teams. For a free initial consultation, call (305) 285-1115 today.

North Miami Beach was incorporated in 1931. It was previously known as Fulford-by-the Sea, named after Captain William H. Fulford. The city has several natural attractions including Oleta River State Park and Greynolds Park, as well as its stretch of beach along the Atlantic Ocean. The city has a large population of Jewish-Americans and Haitian-American communities. There is a stretch of 163rd street that is dubbed “Chinatown” due to the high concentration of Asian businesses.

North Miami Beach boasts a population of 43,963 residents. It is racially mixed as 54.9% of its population are Hispanic and 38.3% are white. The median household income is $40,136, which is slightly higher than the national average of $39,012. The median property values for the city is $170,100. The poverty level is 19.7%. There are 20,980 residents who are employed in North Miami Beach, which spend an average of 30.5 minutes commuting to work each day. People from North Miami Beach typically work in sales, administration, or in the construction industry.

Our personal injury attorneys defend victims who have been injured in car accidents. We represent clients involved in a myriad of accidents including;

For over 55 years, the personal injury attorneys at the Wolfson Law Firm have represented injured victims of car accidents. Our Miami personal injury attorneys are skilled at negotiating a settlement with an insurance company or defending your case in a court of law. We represent clients who are in need of compensation to pay for medical bills, property damage, and lost wages.

The Wolfson Law Firm has four convenient offices located throughout southern Florida including Miami, Fort Lauderdale, West Palm Beach and Fort Myers. If you have been injured in a car accident, don’t go at this alone. Call the Wolfson Law Firm at (305) 285-1115 today for your free and confidential consultation.