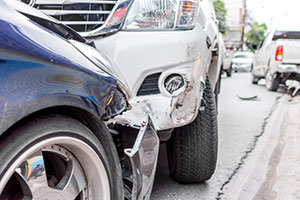 If you were in a car accident, you may be hesitant to contact a Miami car crash lawyer if you think your actions contributed to the accident. While this may have been the case, you should contact a Miami car accident lawyer to review the specifics of your accident. They may discuss with you the concept of comparable negligence, which is the determination of the percentage that each driver contributed to an accident. This percentage is then applied to any settlement that the victim would be awarded. For example, if the driver that was hit by another car was found to be 25% responsible for the action, they would only receive 75% of the award.

Since comparable negligence can impact the amount of money that you are awarded, you need to consult a Miami personal injury attorney that is well-versed in this concept. You may be mistaken in the role that you played in an accident and end up costing yourself much needed money to pay for your medical treatment if you attempt to settle with the insurance company on your own. A personal injury lawyer can fight this percentage to help you receive the financial award that you deserve. We will review your case for free and you never pay us a fee unless we settle. If you have been hurt in a motor vehicle accident, contact the attorneys at the Wolfson Law Firm at 305-285-1115 today.

Panama is a country located at the tip of Central America. It is estimated to have a population of 4.2 million people with just over 1 million living in its capital, Panama City. With its pristine coastline along the Caribbean Sea to the north and the Pacific Ocean to the south, Panama is a popular tourist destination. The warm tropical weather, exotic rainforests, and majestic mountain ranges attract over 1.7 million guests in 2017.

Panama is famous for the Panama Canal, which was completed in 1914. The canal was created to a shortcut that connects the Atlantic and Pacific Oceans. The Panama Canal was a vital component of increasing global trade in the area. It remains a popular attraction for tourists and was recognized as one of the seven modern wonders in by the American Society of Civil Engineers.

If you were hurt in a car crash, you should speak with a personal injury lawyer at the Wolfson Law Firm. We represent Panamanians who were injured in car accidents in Miami and throughout South Florida. We have bilingual attorneys on staff that help injured victims in a variety of ways including;

The Wolfson Law Firm has offices located in Miami, Fort Lauderdale, West Palm Beach, and Fort Myers. Since 1963, we have served Panamanians and other residents of South Florida who have been injured in motor vehicle accidents. Our bilingual car accident attorneys in Miami work to help you recover monetary damages to pay for your hospital bills, doctor visits, physical rehabilitation, and income lost while you were recovering. If you were hurt in a car accident and don’t know what the next steps you should take, call the Wolfson Law Firm today at 305-285-1115.