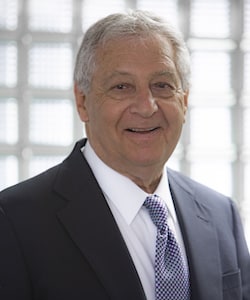 Jerome H. Wolfson was born in Long Branch, New Jersey. He went to Valley Forge Christian College and graduated from Drew University in Madison, New Jersey. Mr. Wolfson came to South Florida in 1960 and attended University of Miami Law School, graduating with a law degree in 1963. He is licensed to practice law in the State of Florida. After law school, he served in the United States Coast Guard and received an Honorable Discharge in 1969. Mr. Wolfson has represented Plaintiffs and Defendants in various areas of the law, including, Personal Injury, Criminal Defense, Worker’s Compensation, and Labor Employment. He actively serves as an impartial labor arbitrator. Mr. Wolfson’s legal practice, however, now consists exclusively of representing individuals in personal injury cases. He also handles cases against insurance companies for wrongful denial of benefits. Please call if you would like more information about Jonah Wolfson or Jerome Wolfson.