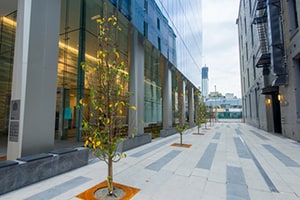 Although first proposed in 2000, the Brickell City Center was opened in 2016. The real estate bubble in 2000’s saw it canceled, but it was actualized again in 2012. It is not fully finished yet, but when it is, the costs are expected to reach $1.05 billion. This is a huge shopping and mixed-use project that is set to take 5,400,000 square feet.

Brickell City Center has attracted many famous brand stores to them. The most famous ones include:

Among other places where visitors can eat, you may find American Harvest, Big Easy Wine Bar and Grill, Tacology, and La Centrale - an Italian food hall. It also features a cinema and many nightlife spots.

Brickell City Center in Miami is legally responsible for accidents due to their wrongful act and negligence, that occurred on premises under their control. Premises liability laws and regulations oblige them to take all reasonable measures to prevent accidents. They need to maintain floors, escalators, and elevators properly, take good care of their parking lots and garages, as well as take measures to prevent assaults and robberies. If a visitor suffers a personal injury due to Brickell City Center negligence or wrongful act, the Center may be liable for that injury.

It is important to make a distinction between accidents where the center is liable and accidents where a store, restaurant or other commercial entity operating at Brickell City Center is liable. Brickell City Center owes duty of care for premises under their control, but if your accident occurred at a store or a bar at the mall, the store or the bar might be liable. To make sure who is legally responsible for your accident, call an experienced Brickell personal injury attorney. They will investigate the circumstances of your case and advise you on how to approach this legal issue.