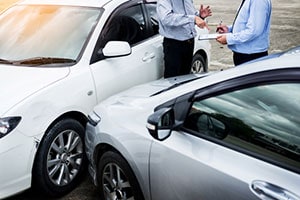 You’re sitting at an intersection waiting for the light to change. It turns to green and you start driving forward. All of sudden, a truck comes barreling through the intersection out of nowhere and hits the side of your car. You are hurt and your car is severely damaged. While you are recovering from your injuries, you work on getting your claim squared away. The accident wasn’t your fault - this should be a cut and dry case.

If Nationwide Insurance is one of the carriers involved in your claim, it may not be as easy as you think. Big auto insurance companies, like Nationwide, will fight claims, even with their own policyholders. Insurance companies lose when they pay you, even if it’s a small claim. They may try to settle quickly to keep their costs low or to keep you from seeking legal advice. Customers and accident victims have logged complaints about Nationwide’s lack of response and delays in addressing their claims. Or, Nationwide may just deny your claim altogether. If Nationwide is involved in your claim, it is in your best interest to seek legal help if you’ve been hurt in a car accident.

The Nationwide Insurance auto accident attorneys at Wolfson & Leon will represent your interests when dealing with big insurance companies and their legal teams. They will investigate your claim, defend your case, and help you to get the money you need to pay medical bills, fix your car, and replace compensation that you may have lost if you couldn’t work. For a free and confidential consultation, call the car crash attorneys at Wolfson & Leon at (305) 285-1115 today.

Starting out as Farm Bureau Mutual Automobile Insurance Company, this insurer was founded in 1926 in Ohio. While it originally focused on providing auto insurance to farmers in Ohio and other states, it branched out to insure other residents in the 1930s. Eventually, the company changed its name to Nationwide Insurance. Currently, Nationwide Insurance sells auto insurance policies in all fifty states in the US.

If you or the other party in the accident uses Nationwide Insurance for auto coverage, you need to contact Wolfson & Leon for help resolving your claim. You may be stressing out over unpaid medical bills, inability to work, or being without a car. Take action now and contact the Nationwide Insurance auto accident attorneys at Wolfson & Leon. Whether you claim requires negotiation or litigation, you need to speak to the personal injury attorneys at Wolfson & Leon. Call (305) 285-1115 today for a free consultation or visit us by appointment at our offices in Miami, West Palm Beach, Fort Lauderdale, and Fort Myers.

My family was severely injured when an Uber driver hit our car. Am I entitled to damages?

Depending on the situation, you could be entitled to recover damages if an Uber driver hit you. However, it's best to speak with a Miami car crash lawyer because Uber car accidents bring some complexities that an attorney can best help you. Who caused the accident and what the Uber driver was doing at the time are key factors to consider. Your ability to collect financial damages may depend on whether the Uber driver had a passenger in the car, driving to pick up a fare, or traveling for personal reasons. To determine if your family can recover damages in a car accident with an Uber driver, you should talk with a Miami personal injury attorney.

I was struck and injured by a car while crossing the street. How can I recover money to pay for my medical bills?

Depending upon the extent of your injuries, you may be able to collect monetary damages from the driver who hit you while crossing the street. If your injuries are relatively minor and you carry car insurance, you may be able to get a majority of your medical bills paid under the PIP coverage from your own policy if you have one. But if your injuries are extensive and need a great deal of medical care and treatment, the driver's insurance policy may pay out the damages. It's a good idea to speak with a Miami pedestrian car crash lawyer to find out what options are available for you to recover money to pay for your medical bills.

How do I find the best Nationwide accident lawyer in Miami?

Nationwide is a large insurance company that offers coverage for vehicles. When you are hurt by a driver carrying Nationwide insurance, contacting a Miami personal injury attorney for help is in your best interest. Lawyers who dedicate their practice to personal injury cases are well-versed in the law and can help defend your rights, especially against big insurance companies. When seeking out a Nationwide accident lawyer in Miami, it helps ask about their background and experience handling cases like yours. You want to find an attorney you are comfortable working with and is willing to answer your questions. Finally, find the best Nationwide accident lawyer who can dedicate their efforts to your case.