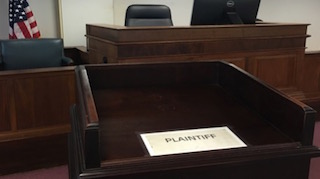 Left turns are the cause of a lot of Miami Car Accidents. Since these car accidents are so common, many folks will ask their Miami Personal Injury Lawyer in a left turn accident, who’s at fault? At Wolfson Law Firm, our Miami Car Accident Lawyers have tried, litigated, and settled Miami car accident cases that were caused by Miami drivers taking left turns in front of drivers.

The safety rules that protect us all are set forth in Florida Statutes. And, those rules basically say that, when it comes to left turns, who’s at fault is usually the driver taking the left. But it isn’t that simple. Because it is uncommon for people to truly take responsibility, your Miami Personal Injury Lawyer will have to deal with the defenses that folks down here raise when they cause left turns when they don’t have the right of way.

Florida Statute 316.122 says that folks turning left must yield the right of way to any vehicle approaching from the other direction. That means if you are turning left, you have to get out of the way of folks coming from the other direction. And, a driver turning left must also yield the right of way to drivers lawfully passing on their left in an intersection or otherwise close by. That means that if you are turning left and someone is passing you from behind, you cannot cut in front of them.

And, the law says that, anyone who breaks this safety rule and takes a left turn is at fault and should be responsible for any damages that they cause you. It is up to your Miami Car Accident Lawyer to pursue recovery for you. It is not always easy in a left turn traffic accident. The person who caused your accident usually does not just roll over and accept responsibility. Folks who cause your crash will do anything they can to figure out how to win a left turn accident case. At Wolfson Law Firm, our Miami Personal Injury Lawyers are used to seeing these safety rule breakers not accept responsibility. They will defend themselves and not give up easy.

Left turn traffic accidents can be the most hotly contested. With Rear End Crashes that our Miami car crash lawyers deal with, there is a lot less for people to say. Left turn collision fault can be hard to prove if you do not have any witnesses other than yourself and someone in your car. The other side will almost always say you were speeding. And, from their perspective, they may even believe you were speeding. That’s because left turn Miami Car Accidents usually happen because someone was not paying attention and looked up shortly before they noticed they were turning in front of you. So, from their perspective, you just appeared out of nowhere. Your Miami Car Accident Lawyer may have his or her hands full. At Wolfson Law Firm, we have tried these cases from both sides.

If you were turning left and someone truly was speeding, then you may have a case against that person. However, these cases are very difficult. Unless there is hard, physical evidence or independent testimonial evidence that the person going straight was speeding, the person taking a left will often be found at fault in a trial setting.

Who Is At Fault For A Left-Turn Accident?

When a driver makes a left-hand turn, they must yield to oncoming traffic. If they fail to do so and they cause an accident, the fault will typically lie with them. There are instances where this may not be the case. A portion of responsibility might be assigned to the other driver if they were speeding or ran a red light. If the driver making the left-hand turn was forced to stop due to an unexpected occurrence and was hit, they might not be a fault based on the circumstances of the accident.

I Hit A Car Making A Left Turn Across An Intersection - Is It My Fault?

In most instances, the driver making the left-hand turn across an intersection is considered at fault if they cause an accident. The driver who is turning left has the responsibility to yield to traffic and ensure that the conditions were safe before making the turn. However, if the other driver ran a red light or was speeding through an intersection, it is possible that partial, if not all, of the fault, could be assigned to the other driver.

What Are The Common Causes Of Left-Turn Accidents?

How Do I Find The Best Left-Hand Turn Car Accident Lawyer In Miami?

If you or someone you love was severely injured in a left-hand turn accident, you need to find the best left-hand turn attorney in Miami to defend your rights. Crashes resulting from drivers making left-hand turns may cause serious injuries, especially if they happen in busy intersections. Cars may be hit at high speeds, as well as from multiple directions if they are hit by various vehicles. To find the best representation, you need an attorney that specializes in personal injury law and is comfortable defending cases like yours. Lawyers that regularly practice in these areas are skilled at building cases, estimating their worth, and negotiating settlements. When you've been badly hurt in an accident, you need a qualified and experienced legal team on your side.

So, if you involved in a left turn collision when a driver turned left in front of you and caused a collision, the Miami Personal Injury Lawyers at Wolfson Law Firm might be the perfect fit. We consider ourselves trial lawyers and not a settling law firm. Our Miami Car Accident Lawyers will take the time to listen to you personally and consider the facts of your case.

CALL NOW TO SPEAK TO A LEGAL PROFESSIONAL (305) 285-1115
or click here to submit your personal injury questions.