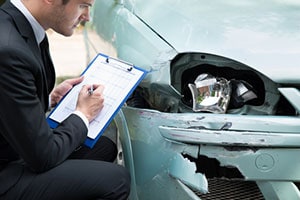 While the sunny and warm weather brings millions of tourists to the Florida every year, the traffic congestion that they bring is far from fun. Throw in construction, bad weather, and high-speeds, and it’s easy to how driving on the roads and highways can be dangerous. In 2018 alone, there were 401,033 car accidents in the state of Florida, according to the Florida Department of Highway Safety and Motor Vehicles. This averages roughly 1,100 every day.

On the surface, car accidents may seem like cut-and-dry cases. When you deal with insurance companies, however, this can be far from the case. Big insurance companies lose money when they pay out claims and many will pull out all of the stops to prevent or reduce payment. Companies such as Direct General Insurance may delay your claim, refuse to speak to you, or deny payment. They may fight your case by saying you were to blame for the accident.

According to the National Association of Insurance Commissioners, complaints against Direct General were higher than average for an insurance carrier. Delays in processing, lack of correspondence, and slow payments for repairs were the primary concerns lodged by policy holders and injured parties. If you have been hurt in an automobile accident and are attempting to settle this claim on your own, you may face a similar scenario. If you’ve been seriously injured, delays and denials can cause an extreme financial strain and stress. Without legal counsel, you may not receive the compensation you need to recover from your injuries, much less repair the damage to your car.

The car accident attorneys at the Wolfson Law Firm have represented injured victims of car accidents in many situations including;

Who is Direct General Insurance Company?

Attempting to settle a car accident claim on your own can cost you time and money. Big insurance companies, such as Direct General Insurance, may delay your claim, which can cause extreme financial stress if you have high medical bills and need continuing care to recover from injury. Low payouts may not be enough to repair your car or recover lost income when you were unable to work. You need the help of a Direct General car accident attorney. We work to help victims recover the compensation that they need to get their lives back on track. Don’t negotiate with Direct General alone. The Miami car crash attorneys at the Wolfson Law Firm can help you. Contact us today for a free and confidential evaluation of your case at (305) 285-1115.