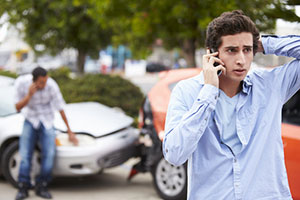 As you are travelling to work on I-95, your car is suddenly clipped by a construction truck changing lane. You lose control and hit a guardrail. While you survived the accident, the next few months of your life will be filled with medical treatments, physical therapy, and doctor visits. You can’t work during your recovery period and it’s getting harder and harder to pay your everyday living expenses.

If you or someone you love has been seriously injured in a car accident involving a construction truck, you should speak with a personal injury attorney. An accident of this nature can bring certain complexities as there may be more parties responsible for the accident, beyond the truck driver. A Miami car accident attorney can help you by navigating through the facts and circumstances of your accident and identify those parties who may hold some responsibility for the accident. This can include the construction company and the owner of the truck, as well as the driver. If you’ve been involved in a collision with a large truck, you have rights. Liberty City car crash attorneys at Wolfson & Leon are available for a free consultation by calling (305) 285-1115.

Over the years, Liberty City has gone through many transitions. Once a thriving city for middle income African American families, it fell into decline as housing restrictions were relaxed. When I-95 was completed, crime began to increase as more people had easy access to the city. Income levels began to fall, causing many families to face financial challenges. The poverty rate has continued to rise and it is estimated that 62% of children under the age of 18 live in poverty. Overall, 34% of the population lives below the poverty line. The unemployment rate is estimated at 13.4%, which is significantly higher than the national average of 5%.

For over 55 years, the Miami automobile accident lawyers at Wolfson & Leon have defended the rights of victims involving in crashes with large trucks. Our personal injury attorneys represent your interests when negotiating with insurance companies, legal teams, or large corporations. If negotiation is not an option, our Miami car crash lawyers will defend your rights in a court of law. If you have been injured in a car crash involving a large truck, call Wolfson & Leon at (305) 285-1115 for a free evaluation of your case.