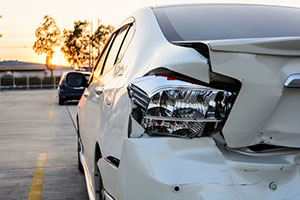 When a driver hits another car and leaves the scene of an accident that is commonly known as a hit and run. If the driver was involved in a crime or driving a stolen car, they may leave the scene for fear of being caught. In other cases, a driver who is driving under the influence of drugs or alcohol may not be fully aware of what has happened and ends up driving away. Regardless of the reason, a driver that leaves the scene of an accident may be charged a fine, have their license suspended, or even serve jail time.

If you have been the victim of a hit and run car crash, you should seek the help of a Miami car accident law firm. Without having the other driver’s name and insurance information, you may run into challenges when working with your insurance company. A personal injury attorney has direct knowledge of the laws that govern such accidents and can represent your interests to your insurance company to help you receive the monetary damages you need to recover from your injuries. Even if the driver is never found, hit and run car crash victims still have rights. If you were hurt in a hit and run automobile accident, contact the Wolfson Law Firm for your free case review. We have bilingual car accident attorneys in Miami on staff that can evaluate your case and explain to you what legal options you may have. Don’t wait until the medical bills start to pile up – call 305-285-1115 today.

Like many other Central American countries, Nicaragua has a beautiful coastline along the Caribbean Sea. It has rolling hills and mountainous terrain, accented by a variety of vegetation and freshwater lakes. It is the largest country in Central America with a population of over 6.55 million people. Approximately 84% of Nicaraguans live in or near cities. Over 1 million people live in its largest city, Managua, with another 1.3 million living in the metropolitan areas surrounding the area.

Historically, Nicaragua has struggled with political and economic strife. As a result, Nicaraguans fled the country to resettle in neighboring Central American countries such as El Salvador or Honduras. Many made their way to the United States, settling in Miami, Los Angeles, and Houston. An estimated 300,000 people of Nicaraguan-descent live in the United States, with approximately 120,000 living in Miami-Dade County according to the 2010 US Census. Many Nicaraguans who fled their country ultimately settled in the cities around Miami such as Little Havana, Sweetwater, Kendall, and Little Haiti.

Nicaraguans living in Miami who were hurt in car accidents can call the Wolfson Law Firm when they need help. We have Spanish-speaking lawyers that can answer your questions and explain what options may be available if you were injured in a car crash that wasn’t your fault. Our Miami car crash lawyers represent Nicaraguans in a variety of car accident causes such as;

People who are injured as the result of an accident with a car are often stuck with costly medical bills. Many times, they are unable to work and may miss out on a paycheck or two. Victims who were seriously injured may need ongoing medical treatment and continuous care. Without proper legal representation, accident victims may get stuck with the financial burden of paying medical bills and lost income for an accident that wasn’t their fault.

As an accident victim, you have rights. A Miami car accident attorney can help you navigate through the process of filing a case and negotiating a settlement to pay your expenses. They represent your best interests when dealing with insurance companies in order to get you the settlement that you need. We offer a free consultation and no fee unless we settle your case. If you were hurt in an accident, contact the bilingual attorneys at the Wolfson Law Firm today at 305-285-1115.