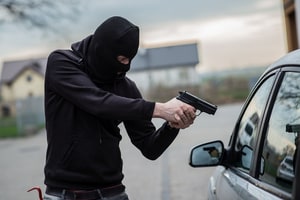 Criminal attacks in Miami’s Liberty City can and do occur on an all too regular basis. If you or your loved one have been injured as the result of a criminal’s actions, then you should call our Liberty City crime victim lawyers for a free consultation on how you may be compensated for the damages you’ve suffered. Call us at (305) 285-1115 and let us help you. We’ve been helping injured victims from Liberty City since 1963 and we are ready to help you too.

Liberty City was built in the 30’s around the Liberty Square housing project, which was the first of its kind in the southern part of the United States. Nowadays, Liberty City is called home by one of the largest concentrations of African Americans. They prefer to call it Liberty City, although it is often called Model City by some, including the Miami government.

The types of crimes occurring in Liberty City do not differ greatly compared to other cities. Hence the Liberty City crime victim lawyers at Wolfson & Leon most often serve clients in the following capacities:

Our Liberty City crime victim lawyers have advised and represented two groups of people suffering from personal injuries - those who were directly injured at the crime scene, and the survivors in murder cases. Murder survivors have the right to be compensated as well. They go through tremendous emotional pain, and very often, they lose some kind of financial support of the deceased person. Under the law there are limited groups who can make a survivor claim and the forms of damages are limited as well. Our Liberty City crime victim compensation can explain this in detail during your free consultation when you call for your free consultation at (305) 285-1115.

If you or your loved ones have been injured in Florida, there are several ways to recover. One is to wait until the offender is convicted by court and recover from him. This is the simplest one, but also the one that could take the longest time with the lowest chance of actual collections.

There are two other ways to recover faster, although not from the offender himself. You don’t have to wait for a conviction, but you can investigate if a third person is liable for the injuries or death. If the crime has occurred on premises under a third person’s control, such as stores, restaurants, hotels, gas stations, or banks that person or corporation might be liable. The property owner is obliged to provide a reasonably safe environment under certain standards, and if they fail to provide that due to negligent security, they could be held liable for the damages and injuries. You’ll have to prove that the injury was sustained as a consequence of a criminal act that wouldn’t have happened if the third person had met their duty of care.

The last option is applying for compensation from the Florida Bureau of Victim Compensation. Make sure your case meets their requirements and you’ll be very close to getting some of your economic damages covered.

The best way to recover damages will depend greatly on many specific circumstances of your case. It will likely require knowledge and experience in Florida personal injury cases to figure out how to get compensated. The Liberty City crime victim lawyers at Wolfson & Leon have been helping injury victims for the last five decades. Our consultations are free, and we won’t ask you to pay us any fees until we recover for you. Call us at (305) 285-1115 for the initial free consultation.