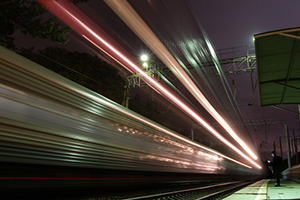 The Brightline project is funded only with private money. Although they had applied for a loan from Railroad Rehabilitation and Improvement Financing funds administered by the Federal Railroad Administration, in the end the entire project was eventually funded with money obtained from private pockets. Although they faced some obstacles and difficulties to finance the whole project, they managed to get funding of more than $3 billion for executing it.

Brightline project has two phases. The first one includes the Miami – West Palm Beach with a stop in Fort Lauderdale. The second phase, planned to start in 2020, will see expansion north to Orlando. It will arrive to Orlando International Airport, actually, but from there, you can use various rideshare options to reach Orlando downtown in very short time. Until the phase two commences, Brightline is preparing the terrain between West Palm Beach and Orlando. They are upgrading the existing rail corridor between West Palm Beach and Cocoa, and Brightline is about to start building the rail between Cocoa and Orlando.

However, the plans do not stop there. Brevard County is said to be actively lobbying for a Brightline stop, since the line passes through the county. Brightline, however, focuses its attention on larger Florida cities, primarily Jacksonville and Tampa.

Why is Brightline Exciting?

There are many reasons why South Florida passengers would like to choose Brightline train over car transport for commuting throughout the region:

Support and Criticism for Brightline

Like with any other massive construction works, Brightline has received some public support and some inevitable criticism. Concerns regarding the environmental impact of the project are related to making noise and destroying the quality of life of those who live near the rails. Some counties even took these allegations to court, but without any success whatsoever. All the environmental concerns about this train line have been rejected due to lack of evidence so far.

According to Brightline, the rail corridor will have a positive impact. By using mostly existing railways, the new construction work will have minimal impact. They have their own projection that they will manage to move three million cars away from Florida highways, significantly reducing the fuel consumption and carbon footprint of Floridians.

Besides environmental support and criticism, Brightline impact is often commented from economic point of view. Academic community believes that it will help small businesses along the corridor grow rapidly, while people who fly or drive a car now will have a better alternative regarding time and cost. Furthermore, the speed of Brightline trains could make Florida freight trains think about improving their speed.

When it comes to Brightline trains, it seems that their positive impacts would outweigh the project downside . We have to wait to see if that holds true. For now, the most important thing about them is the fact that they are set to change the unimpressive reputation of American trains and provide South Floridians a way out of the congested highways. And that’s a big deal.

Railroads are highly regulated. All the railroad providers must comply with Department of Transportation and Federal Railroad Administration regulations. Concerning personal injuries, all rail companies are obliged to provide care for their passengers and the public. According to the law, everyone must be kept safe while traveling by train. If a rail company fails in providing this care due to its own actions or negligence, and that causes a personal injury, then they are liable for those injuries. And, like in any other injury case, they have to compensate for any expenses associated with them.

It is important to note that although anyone in the United States owes a duty of care, the common carriers, such as train companies, bus companies, etc., are liable even in cases where they are just slightly responsible for the injuries. That is why for any damage that you suffer during a Brightline train trip, your best bet is to consult a Brightline train accident lawyer. Explain what happened and they can advise you if you could undertake a lawsuit or not.

When trains are involved in an accident, anyone who is close to the location of the accident can be a victim. They usually include:

Having in mind the liability laws concerning trains and rail companies, the Brightline train accidents that might occur include, but are not limited to:

Personal injuries inevitably bring financial expenses and lots of stress. When a train carrier such as Brightline is legally responsible for these injuries, you can seek damages recovery. You can recover for:

Personal injury cases can be tricky to prove in court. People often make mistakes in early stages of the procedure when they try to represent themselves without any legal help, and train companies often know how to take advantage of them. Don’t make that mistake when trying to recover the damages that you deserve. Make sure you contact a Brightline train accident attorney and let them take care of all the legal aspects of your misfortune. Most often, they take contingency fees, which means that you don’t pay anything unless they recover for you, so there is no downside on your side.

At the Wolfson Law Firm, our Brightline accident lawyers are standing by and ready to help you. We serve the communities of Florida including Orlando, Melbourne, Tampa, Naples and Fort Myers. We have offices in Miami, Fort Lauderdale and West Palm Beach where we can see you by appointment. We can also come to see you wherever and whenever it is most convenient for you.