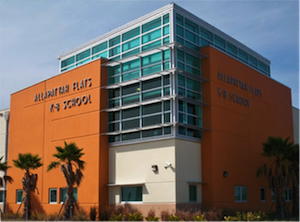 The Allapattah Car Accident Lawyers of Wolfson & Leon are available to represent anyone who was injured in a car crash in Allapattah, Miami or anywhere in Florida. Allapattah is a heavily traveled, urban neighborhood that is nestled right in the heart of Miami between Hialeah and downtown. It is surrounded by I-95, the Dolphin Expressway, the Airport Expressway and Miami International Airport. The shear location and proximity to high traffic areas, can put many residents at risk during their daily commute. There are also numerous paint and body shops as well as car repair garages in industrial Allapattah. All these factors combined, creates many obstacles for navigation on a daily basis for drivers.

Allapattah is also home to several affordable housing projects that were built as the result of a partnership between the public sector and private industry. These projects were largely driven by the use of tax credits. One is called the Village Allapattah Apartments with 200 affordable housing apartments for seniors and families. Another project is Collins Park Public Housing Development at 3625 Northwest 20th Avenue west of Miami Jackson Senior High. It provides housing for low-income seniors. Collins Park is a partnership between HUD (Housing and Urban Development) and Miami-Dade County. A private builder constructed a 124-unit development. There is a Metrorail Station in Allapattah but like most of South Florida, personal cars are the preferred method of travel. As a result, car crashes happen in Allapattah and throughout Miami. With the added concentration of seniors and the inherent risk that is accompanied by potential diminished sensory skills of these drivers, car accidents are unfortunately a common occurrence.

When an accident occurs, there are many factors to be considered. The damage to your vehicle can result in the loss of transportation, which would then entail unplanned expenses and further costs for transportation and the repair of your vehicle. Should an injury be sustained from an accident, this could then result in your inability to work and make a living. As you can see, a car accident could have many unforeseen ripple effects on your life. That is why is important to understand the options you have once an accident takes place.

The Wolfson Car Accident lawyers serving Allapattah have been helping injured people for over 55 years. These attorneys have represented people involved in nearly every type of car accident imaginable including rear-end crashes, hit and run, left turn accidents, running red lights, sideswipe wrecks, pedestrian knocked down, bicycle crashes, speeding, and injuries or death caused by drunken drivers (DUI - Driving Under the Influence). The injuries caused by these types of car accidents can be whiplash which is a sprain and strain of muscles and ligaments. Sometimes car accidents will cause someone to fracture arms, legs or other bones in the body. Unfortunately, some car crashes cause death. Bad drivers usually refuse to take responsibility for their actions. That is why it is so important to an attorney who can help you.

The Allapattah Car Accident Lawyers have represented folks injured in crashes on I-95, State Road 836, State Road 112 and on NW 36 Street the main thoroughfare of Allapattah. At Wolfson & Leon, we have dealt with the car repair shops and insurance companies to help the clients get their cars back on the road. We also work with your health care professionals to make sure the medical bills are paid. If you have lost time from work as a result of a car accident, we work to hold the negligent person or persons responsible for your lost wages and any other damages that you might suffer. If the insurance company doesn’t meet its obligations, then the personal injury attorneys at Wolfson & Leon will file a lawsuit it is necessary. We work for all of our clients in getting their cases resolved as quickly and fairly as possible.

Wolfson & Leon has Car Accident Lawyers serving Allapattah and the firm has been helping injured people since 1963. We offer free consultations. So, call Jonah Wolfson and the team at Wolfson & Leon today at (305) 285-1115.